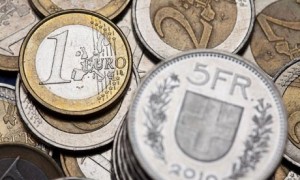 Confidence among consumers in Italy probably remained almost unchanged in December, with the respective gauge coming in at a reading of 100.5, according to expectations, up from 100.2 in November. The latter has been the lowest level of confidence since February, when the index was reported at 97.7. As an indicator, the consumer confidence index reveals what consumers financial prospects and willingness to spend are. Higher confidence is usually related to a sound financial state and a greater willingness to make purchases, including large-ticket ones, and vice versa. Therefore, in case the gauge showed a larger improvement than anticipated in December, this would provide a limited support to the common currency. The Istat is to release the official data at 9:00 GMT.

At 7:00 GMT the UBS is expected to release data in regard to the performance of its Consumption Indicator in November. During the preceding month the gauge was reported at a level of 1.29, while in September – at 1.39. This is a leading indicator of the private consumption trend, while, on the other hand, consumer spending is a key component of the nation’s Gross Domestic Product. The gauge is based on five key elements: new car sales, business activity in the retail sector, the number of domestic hotel overnights by Swiss nationals, the consumer sentiment index and credit card transactions via UBS points of sale located in the country. Higher readings of the indicator usually provide support to the Swiss franc.

According to Binary Tribune’s daily analysis, the central pivot point for the pair is at 1.2024. In case EUR/CHF manages to breach the first resistance level at 1.2040, it will probably continue up to test 1.2052. In case the second key resistance is broken, the pair will probably attempt to advance to 1.2068.