Skip to content
Home  »  Stock News   »   PetSmart share price down, agrees to sell itself to BC Partners 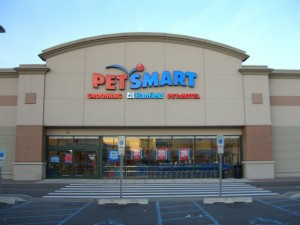 PetSmart Inc has agreed to be bought by a consortium led by Europes private equity firm BC Partners for $8.7 billion, in the largest leveraged buyout of the year.

The consortium, including La Caisse de dépôt et placement du Québec and StepStone, will acquire PetSmart for $83 per share, or around 6.42% premium to the pet supplies retailers closing price on Friday. The deal is valued at approximately $8.7 billion and is equal to 9.1 times of PetSmarts earnings before interest, tax, depreciation and amortization for the 12 months ended November 2.

PetSmart has been facing pressure to seek a sale from activist investor Jana Partners, which disclosed a 9.9% stake in the company in July, and Longview Asset Management, which hold a 9% stake in PetSmart.

Longview has committed to vote in favor of the transaction and agreed to sell a third of its stake in PetSmart under the deal.

“This is an excellent outcome for PetSmart shareholders; it delivers significant and immediate value while best positioning the company for the future,” said Longviews CEO James Star. “We fully support the transaction.”

PetSmart, which has around 54 000 employees and operates 1 387 pet stores in the US, Canada and Puerto Rico, attracted a lot of investor attention with its auction, which was managed by JPMorgan and legally advised by Wachtell, Lipton, Rosen & Katz.

Buyout firms KKR & Co and Clayton, Dubilier & Rice entered into an agreement to make a joint bid for the company. Another buyout firm, Apollo Global Management, was rumored to have won the acquisition through the weekend.

“We are pleased to have reached this agreement with, which maximizes value for all of our shareholders and best positions PetSmart to continue to meet the needs of pet parents,” said Gregory Josefowicz, Chairman of PetSmart. “This transaction represents the successful conclusion of our extensive review of strategic alternatives.”

The deal was unanimously approved by PetSmarts board of directors and is expected to close in the first half of 2015. The agreement is however, a subject to shareholder and regulatory approval.