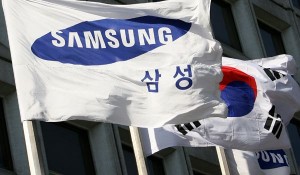 According to a regulatory filing posted today, the largest mobile-phone manufacturer in the world – Samsung Electronics Co. – will buy back a total of 1.65 million common and 250 000 preferred shares, which are estimated to KRW2.19 trillion ($2 billion). The regulatory filing comes at a moment when the parent group of the South Korea-based company revealed that it intends to sell stakes in its chemicals and defense businesses.

Today Samsung Group made an announcement and revealed that it is to sell its controlling stakes in the chemical and defense divisions at the price of KRW1.9 trillion ($1.7 billion) to Hanwha Group – a South Korea-based conglomerate. According to the groups statement, a combined 57.6% stake in Samsung General Chemicals Co. and a 32.4% stake in Samsung Techwin Co. will be sold by Samsung affiliates, including Samsung Electronics, Samsung C&T Corp., and four other companies.

According to Samsung Group, the sale will allow the conglomerate to focus on its core businesses, such as electronics and technology. In addition, analysts expect the Group will speed up the companys succession-related reorganization.

Kim Ji San, an analyst at Kiwoom Securities Co., said in a telephone interview for Bloomberg: “This clearly shows Lee Jae Yong’s intentions that he will focus on businesses that Samsung can do well and drop the uncompetitive part. This is evidence that Samsung Group’s management decision is now centered around the vice chairman.”

Samsung General Chemicals is a division of Samsung C&T, while Samsung Techwin is focused on producing surveillance and weapons technologies. The buyer – the South-Korean conglomerate Hanwha – specializes in both chemicals and explosives. The latter was also reported to acquire the stakes of Samsung in Samsung Thales, which is a joint venture between the South Korean company and France-based defense electronics group Thales.