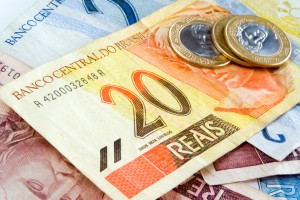 The number of housing starts in the United States probably increased to 1.025 million in October from the seasonally adjusted annual rate of 1.017 million during the prior month. If so, this would be the highest number of housing starts since July, when 1.117 million sites were reported. Single-family housing starts in September were at a rate of 646 000, or 1.1% above the revised figure of 639 000 in August. The September rate for units in buildings with five units or more was 353 000, according to data by the US Census Bureau.

Housing Starts represent a gauge to measure residential units, on which construction has already begun, every month. A start in construction is defined as the foundation laying of a building and it encompasses residential housing primarily.

The number of building permits in the country probably rose to 1.040 million in October from an unrevised annual level of 1.018 million in September. If so, this would be the highest number of permits since July, when 1.052 million units were reported. Single-family authorizations in September were at a rate of 624 000, or 0.5% below the revised number of 627 000 in August. Authorizations of units in buildings with five units or more were at a rate of 369 000 in September, according to the report by the Census Bureau.

Building permits are permits, issued in order to allow excavation. An increase in the number of building permits and housing starts usually occurs a few months after mortgage rates in the country have been reduced. Permits are not required in all regions of the United States. Building permits, as an indicator, provide information regarding demand in US housing market. In case a higher-than-anticipated number is reported, this will certainly support the greenback. The official housing data is due out at 13:30 GMT.

At 19:00 GMT the Federal Open Market Committee (FOMC) will release the minutes from its meeting on policy held on October 28th-29th. The minutes offer detailed insights on FOMC’s monetary policy stance. This release is closely examined by traders, as it may provide clues over interest rate decisions in the future. High volatility is usually present after the publication.

The rate of unemployment in Brazil probably climbed to 5.0% during October, according to the median forecast by experts. In September the rate was reported at 4.9%. Despite that it has been the lowest rate for a September month on record, the economically active population in the country decreased. The number of people either in employment or looking for a job dropped to 24 286 thousand in September from 24 360 thousand in August. Unemployment in Rio de Janeiro rose 0.4% to reach 3.4% in September, while in São Paulo the rate decreased 0.6% to 4.5%.

The rate of unemployment represents the percentage of the eligible work force that is unemployed, but is actively seeking employment in six Metropolitan Areas – Recife, Salvador, Belo Horizonte, Rio de Janeiro, São Paulo and Porto Alegre. It also reflects overall economic state in the country, as there is a strong correlation between consumer spending levels and labor market conditions. High rates of unemployment are accompanied by weaker spending, which causes an adverse effect on corporate profits and also leads to overall growth deceleration. Therefore, in case the rate of unemployment rose more than expected, this would have a negative effect on the local currency. Instituto Brasileiro de Geografia e Estatística (IBGE) is to announce the official jobless rate at 11:00 GMT.

According to Binary Tribune’s daily analysis, the central pivot point for the pair is at 2.5907. In case USD/BRL manages to breach the first resistance level at 2.6000, it will probably continue up to test 2.6174. In case the second key resistance is broken, the pair will probably attempt to advance to 2.6267.