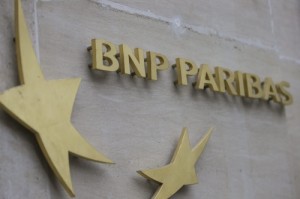 This would be a second hit for Frances biggest bank by market capitalization, which earlier this year was fined $8.9 billion for US trade sanctions violations.

The investigation was launched by the “le parquet national financier” led by Eliane Houlette. The institution was founded last year and targeted at stopping corruption and tax evasion.

A spokesman for the Paris-based prosecutor’s office said that the investigation, which started in early November, is aimed at determining which individuals may be related to the incident, providing no further details. However, under the French law, a preliminary inquiry does not mean any evidence pointing towards wrongdoing were found or that it will necessarily lead to charges.

BNP declined to comment, but a person familiar with the matter said that the investigation is in “very early stages” and it “could take months”. The same person declined to comment whether the insider trading took place at the time of the U.S. fine. To end the negotiations with U.S. officials the bank agreed to plead guilty to crimes against Sudan, Iran and Cuba, at that time the bank had set aside a provision of $1.1 billion. Far less than the hefty fine which led to BNPs biggest quarterly loss.

Mr. Prot got an average of €44.2 per share, while Mr. Pébereau and Mr. Bordenave sold their shares at €49.2 and €44.7, respectively. BNPs shares rose to €58 by February 13, 2014 when the bank said it had set a aside a provision to cover any potential litigation costs. The banks value fell 15% or €49 per share by the time it reached a settlement with the U.S. regulators in June. A person close to the bankers said they havent sold any shares in 2014.