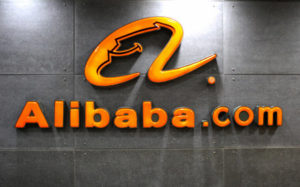 Asia’s largest Internet company will try to raise as much as $8 billion in the upcoming weeks, according to people with knowledge on the matter. An initiative of that size would rank as one of the biggest corporate-debt offerings this year and the biggest bond sale denominated in U.S. dollars in Asia. Last month Bank of China raised $6.5 billion by selling additional T1 securities.

The company said it will use the generated cash to refinance its credit facilities. The bonds will be rated A+ by Standard & Poor’s and an equivalent A1 by Moody’s Investors Service.

“Given that they just had their IPO, they don’t necessarily need to come to market,” Nathan Barnard, a fixed-income analyst at Capital Corp., said for Bloomberg. “They’re pretty flush with capital. It’s another example of companies being opportunistic and trying to take advantage of low rates while they can.”

On Monday and Tuesday, executives at Alibaba will meet with investors in Boston and New York, while the bonds are expected to be issued in the middle of the week. Further information was not supplied.

An Alibaba spokesman said the sale was part of the “normal course of business.”

Investors have proven to have a healthy appetite towards bonds sold by technology-related companies, devouring multi-billion-dollar offerings from Oracle Corp, Apple Inc, Cisco Systems Inc and others.

“The enthusiasm and the positive momentum that’s been generated by the IPO, I think, will blow through into the bond offering” said Matthew Duch, a portfolio manager at Calvert Investments. “I imagine that demand will be quite high.”

Morgan Stanley, Citigroup Inc., Deutsche Bank AG and JPMorgan Chase & Co. will offer the bonds to investors, according to an unnamed person, not authorized to speak publicly.

In its first quarterly report to investors Alibaba stated a revenue increase of 54% to $2.74 billion with an earnings fall of 39% to $494 million, because of stock awards to employees and executives.