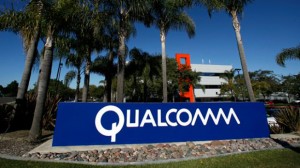 Qualcomm Inc., the biggest smartphone chips manufacturer in the world, reported downbeat quarterly results and posted a warning that its 2015 profit and revenue will be hit by the fallout from a probe by the Chinese government. The company also shared that it is facing a couple of new investigations led by the regulatory authorities in Europe and the US.

According to Qualcomms statement, its net profit over the fourth quarter of the fiscal year ended September increased to $1.89 billion, or $1.11 per share. This advance fell short of analysts estimates for a net income of $1.16 per share. The companys revenue over the period increased by 3.3% and reached $6.69 billion. In comparison, analysts expected sales of $7.02 billion.

Apart from announcing its quarterly results, Qualcomm revealed that it is put under new inquiries and investigations headed by the U.S. Federal Trade Commission and the European Commission. The investigations are related to the companys licensing and chip units. The announcement of the new probes comes after another investigation into Qualcomms business practices carried out by the antitrust regulatory authorities in China was recently disclosed.

The official representatives of the worlds largest smartphone chips maker shared that they could not predict the result of the probes, but eventual fines and other penalties were said to be considered as a possible outcome, too.

The Chief Executive Officer of the company – Mr. Steve Mollenkopf said in a statement: “We are fully cooperating with these agencies and believe our practices comply with the laws of these countries.”

As reported by the Financial Times, the president of the company – Derek Aberle – earlier commented on the Chinese antitrust probes: “Bringing this matter to closure remains a top priority for the management team.”

Mr. Aberle also shared his concerns that although the three investigations are carried out separately and are not interconnected, they could raise questions in other parts of the world.