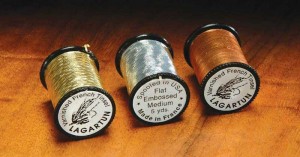 Gold extended its daily decline to more than $20 below a six-week high as better-than-expected manufacturing data from China and Europe, coupled with upbeat employment data from the US eased economic slowdown concerns. Copper rose on the upbeat numbers.

Gold prices were pressured as the US dollar strengthened following recent upbeat data from the US. Better-than-expected manufacturing numbers from Germany and the Eurozone as a whole eased fears about the single currency bloc’s economic state, curbing safe-haven demand. Chinas manufacturing gauge also came in better-than-projected.

The Labor Department reported on Thursday that the number of Americans who filed for initial jobless benefits in the week ended October 18th rose to 283 000 from the preceding periods upward-revised 266 000. However, underlying labor market strength was evident as the four-week average of initial jobless claims slipped to 281 000, the lowest since May 2000. No special factors influenced the state level data.

The precious metal, however, remained underpinned by strong physical demand from No2 consumer India. The Asian country celebrated Dhanteras, the biggest gold-buying festival, on Tuesday, while Diwali, the festival of lights, is celebrated today. October 23rd and 24th are public holidays in India. According to estimates by the All India Gems & Jewellery Trade Federation, India’s gold imports probably jumped to 95 tons last months from 15-20 tons a year earlier, while researcher CPM Group estimates the holiday generates around 20% of annual purchases.

Nevertheless, long-term sentiment on gold remained bearish as the Fed is broadly expected to end its QE program at its October meeting, while an interest rate hike is anticipated to come at some point in 2015.

Assets in the SPDR Gold Trust, the biggest bullion-backed ETP and a proxy for investor sentiment towards gold, fell by 0.3% to 749.87 tons on Wednesday, the lowest since November 2008.

Copper extended its weekly advance as better-than-expected manufacturing numbers from China and the Eurozone brightened the metals demand outlook, while also easing concerns over a broad economic slowdown. The latest in a series of better-than-expected US housing data also helped push copper up.

A preliminary gauge showed that China’s manufacturing activity edged up to a three-month high in October, although the level of output at factories fell to the lowest in five months.

The flash HSBC Flash China Manufacturing PMI registered at 50.4 in October from 50.2 in September, exceeding analysts’ projections for a jump to 50.3. The Manufacturing Output Index fell to 50.7 from 51.3 in September. Both employment and inventory indices improved, but disinflation pressures intensified.

“While the manufacturing sector likely stabilized in October, the economy continues to show signs of insufficient effective demand,” said Hongbin Qu, Chief Economist, China & Co-Head of Asian Economic Research at HSBC said. “This warrants further policy easing and we expect more easing measures on both the monetary as well as fiscal fronts in the months ahead.”

In Europe, a preliminary gauge showed activity in France’s manufacturing and services sectors contracted more than projected in October, but much better-than-expected manufacturing numbers from Germany helped offset it.

However, a darker picture painted by the surveys sub-indices kept investors at edge. Growth of new orders slowed, while backlogs of work fell at a faster rate, causing employment to be cut for the first time in nearly a year. Business confidence in the service sector also slid to the lowest in over a year.

“While the survey suggests the euro area has so far avoided a slide back into recession this year, a renewed downturn cannot be ruled out,” said Chris Williamson, Chief Economist at Markit. “Growth is so anaemic that increasing numbers of companies are being forced into laying off staff and slashing prices in an attempt to cut costs and boost sales through discounting.”

A global copper surplus next year is expected to deliver a heavy blow to the market. According to a Reuters survey, this years surplus will be little below 95 000 tons, before surging to 350 000 tons in 2015.

Matthew Fusarelli, an analyst at AME Group, said for CNBC: “We are expecting slower demand growth next year and we expect to see a lot higher smelter utilisation rate given the extra mine supply coming out.”