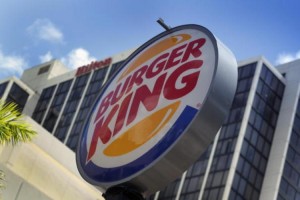 Burger King, the second-biggest burger chain in the US, agreed to purchase Tim Hortons, Canada’s largest fast food service, for about $11.4 billion. Both companies shares soared some 20% on Monday, after on Sunday it was made clear the talks were at an advanced stage.

3G Capital, which bought Burger King in 2010 for $3.3bn, will soon head the worlds third-largest fast food restaurant group, with 18 000 restaurants in 100 countries and sales of about $23 billion.

The two chains will be managed independently, and will keep their structure, culture and brand power, as well as their current headquarters.

“Each brand will be managed independently, while benefiting from global scale and reach and sharing of best practices that will come with common ownership by the new company,” the common statement read.

The combined companys headquarters, however, will be registered in Canada, as Burger King becomes the latest US company to make us of the so-called “tax inversion”, through which the US-based company redomiciles abroad to reduce the tax burden. The practice was publicly criticized by US President Barack Obama last month and his aides said measures will be taken against the flight.

The move will reduce Burger Kings tax rate to about 25%, down from the current 35% in the US.

Burger King Worldwide Inc. opened Tuesdays session by adding 1.79% to the ~20% increase from Monday, for a share price of $32.98 and market capitalization of $11.41bn.