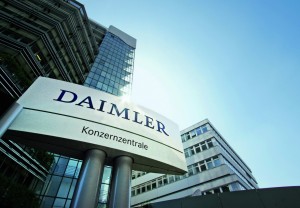 Daimler AG announced that it intends to reduce the prices of spare parts of its Mercedes-Benz vehicles in China by about 15% next month, as a government investigation is under way in China, over allegedly manipulated prices by foreign auto manufacturers.

Daimler AG made an official e-mailed statement and explained that the price reductions are to include more than 10 000 products and cover all models manufactured under the Mercedes-Benz brand. The Stuttgart-based company said an average reduction of 15%, with the new prices to come in effect on 1 September.

According to the statement, Mercedes-Benz will “take the initiative to adjust the prices of some spare parts” from 1 September, as a response to the investigation of the Chinese National Development and Reform Commission (NDRC). The company also said: “The latest move by Mercedes-Benz in the area of after-sales will provide a more attractive after-sales service experience for Chinese consumers.”

“Its not enough,” Yale Zhang, managing editor of consultancy Automotive Foresight, said for the Wall Street Journal. “They need to cut their prices at least by half if they want to show their sincerity to the NDRC.”

The task of evaluating and revising the costs and prices will be carried out by the Beijing-based unit Mercedes-Benz Automotive Sales Co. Marc-Oliver Nandy, Executive Vice President of after-sales for Mercedes brand on the territory of China, said the company believes that its performance and competitiveness in after-sales services will be significantly improved after 1 September.

Daimlers decision comes only a week after some of its major competitors, including Audi AG and Tata Motors Co., announced that they are to cut prices in China as well. Audi AG is to reduce spare parts prices by up to 38%, and the Jaguar Land Rover Plc unit of Tata Motors Co. said that it intends to cut prices for three of its models.