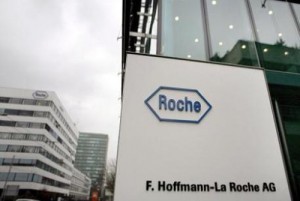 Roche Holding AG made an official statement today, revealing that it reached an agreement over the acquisition of Seragon Pharmaceuticals Inc. in a deal estimated at about $1.7 billion. The company made the decision in a bid to secure a new generation of experimental breast cancer drugs.

The deal between the biotech California-based subsidiary of Roche Holding – Genentech and Seragon will need the approval of US antitrust authorities and is expected to be finalized over the third fiscal quarter this year, according to Roches statement. $725 million in cash are to be initially paid, and another $1 billion in case that certain development goals are met.

The technology provided by Seragon “could one day redefine the standard of care for hormone receptor-positive breast cancer,” Richard Scheller, head of research and early development at Roche’s Genentech unit, said, cited by Bloomberg.

Seragon is developing a class of drugs, called “selective estrogen receptor degraders”, or SERDs, which isolate cancer cells from the flow of estrogen. Аs much as 60% of all breast cancer types need estrogen in order to grow and spread, the Wall Street journal reported.

Roche Holding AG has been expanding its oncology-drugs market through its Genentech unit, and the Switzerland-based company already sells two breast cancer drugs, called Kadcyla and Perjeta, as well as other cancer-related drugs.