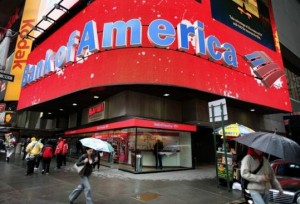 A person with knowledge of the negotiations reported that Bank of America Corp. is in talks to resolve probes into its management of mortgages ahead of the financial crisis. The bank is said to pay at least 5 billion dollars in relief to customers, as part of a proposed agreement.

The sum in question is supposed to help homeowners to cut principal amounts, narrow monthly payments and pay for blight removal in struggling neighborhoods.

In April 2014, several people close to the process revealed that more than 13 billion dollars were requested by the prosecutors in the U.S. in order to close the federal and state investigations about its mortgage-backed securities sales. Currently the bank is negotiating to settle its civil probes imposed by the Justice Department and several states. The investigation aims to prove that Bank of America mis-sold mortgage-backed securities.

This wont be the first time when a bank is trying to reach such an agreement. In March 2014, the Charlotte-based bank paid a total of 9.5 billion dollars in order to resolve a similar probe imposed by the housing regulator in the U.S. – the Federal Housing Finance Agency.

If the settlement is to be closed, it would be a sign of another upcoming major penalty for a major financial institution, due to the fact that the U.S. Justice Department is currently investigating several global banks. The negotiations between the Bank of America and authorities have become fiercer over the last few days. As people familiar with the talks revealed, there were several meetings at the Justice Department on Monday, as well as the week before.

Mr. Peter Carr, who is one of the spokesmen of the U.S. Justice Department, refused to make any comments on the situation.