Skip to content
Home  »  Stock News   »   Amazon.com Inc.’s share price down, to introduce a smartphone at a special event in Seattle to compete with Apple Inc. 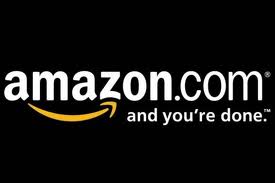 According to a person familiar with the process, Amazon.com Inc., which is currently the biggest online retailer, is considering to reveal a smartphone later this month. The step would be part of the companys strategy to get a larger piece of the highly-competitive mobile-device market.

The company announced in a tweet that it is planing an event in Seattle on June 18th and invited both press and customers for a “new device unveiling” that will be hosted by Amazons Chief Executive Officer Mr. Jeff Bezos. The announcement provoked rumours that Amazon.com Inc. may introduce its new smartphone, which may feature a 3D interface.

In April this year, some people close to the company reported that Amazon is preparing to release its new smartphone in the second half of 2014. It is not yet clear what specifications it will have that offer anything different than the industry leaders Apple Inc. and Samsung Electronics Co. have already presented.

The mysterious YouTube video and website post, which were used as teasers raised a speculation about the new product that is to be revealed by Amazon.com Inc. As reported by Wall Street Journal, the actors, who participated in the video, seem to be holding a smartphone device and make comments such as “Its very real-life” and “I’ve never seen anything like that”.

If the online retailer releases a smartphone, this step is considered as something that would make its competition with Apple Inc. even more fierce than it is. Recently, the the two companies have been in constant rivalry offering a variety of devices and Web services.

Amazon.com Inc.s official representatives refused to provide any more information about the product unveiling or make any comments.