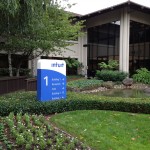 According to two people with knowledge of the process, Intuit Inc. has reached an agreement over the acquisition of the bill-payment service Check Inc. The deal is estimated to 360 million dollars. One of the people close to Intuit said that the contract was sealed on Friday, but the two companies have decided to officially announce the settlement on Tuesday.

Intuit Inc. was founded in 1983 and operates as a provider of business and financial management solutions mostly for small and mid-sized companies. The company also offers its services also to different financial institutions, including credit unions and banks.

Recently, and particularly over the last twelve months, Intuit Inc., which is the developer of the tax-preparation service TurboTax, has been following a strategy of expansion that was especially focused on the companys portfolio of tools for individuals and small businesses. This makes Check Inc. the latest startup that is to be purchased by finance software company.

The acquisition of Check Inc. follows a series of expansion takeovers of Intuit over the last few years. Only within 2013 the finance software company bought the document service DocStoc, as well as the small-business scheduling tool Full Slate and GoodApril, which is a tax-return helper. Earlier in May,Intuit took over Lettuce, which is engaged in providing inventory-tracking software services to its customers. The personal-finance software Quicken and TurboTax are also owned by Intuit Inc.

The deal is considered quite beneficial for Intuit, because the smartphone app of Check, which is used for tracking and paying bills has more than 100 million subscribers according to information revealed by the company. In addition buying the service would expand Intuits reach, due to the fact that in 2009 the person-finance software manufacturer Mint was purchased by it in a deal that amounted to 170 million dollars.