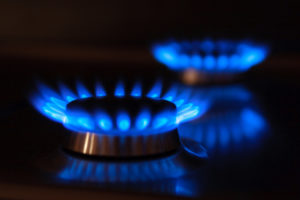 Natural gas settled for a weekly gain on Friday, though significantly improving stockpiles in the US brought earlier advances on cooler weather down. Forecasts for the following week put temperatures at near-normal over most of the US, allowing for bigger gains in inventories.

Front month natural gas futures, due in June, closed for a 0.59% daily loss at the new York Mercantile Exchange on Friday, to trade for $4.674 per million British thermal units, though 0.47% higher than last week. Prices ranged from $4.672 to $4.765 per mBtu. On Thursday the contract lost 1.99% on improving supplies in the US, after on Wednesday it recorded the highest midday price since winter at $4.852 per mBtu.

Natural gas in storage hubs in the US recorded a gain of 82 billion cubic feet to stand at 981 bcf for the week ended April 25th. The gain comes in-line with expectations, and it pressured the blue fuel as inputs have outweighed demand in the US, which consume 21% of the world’s natgas production.

Inventories are still recovering after an extremely cold winter drained supplies. With last weeks major gains, they stand at 44.1% below the figure from last year, and 50.1% under the 5-year average.

This week saw an impressive Spring storm track through the eastern half of the US, generating deadly tornadoes, and heavy rains. More importantly for heating demand, cool Canadian air moved through to the South, lowering temperatures. Later in the week more cold blasts began crossing south through the Great Lakes, pushing readings down in the Midwest. Meanwhile, the West Coast was experiencing a strong heat wave, with both Los Angeles and Seattle setting new record-high temperatures on Thursday.

The reinforcing cold over the eastern half of the US is expected to extend into next week, while the South plains will see a buid-up of higher pressure, which will meet with the cool air from Canada to produce impressive storms.

The Chicago area will be colder than average, with readings 7-8 degrees below the usual, while Boston and New York are set for a moderately warmer start of next week, temperatures a couple degrees above average. Weather in Houston is also expected to be normal for the season, while the West Coast will be cooling from the strong heat wave to enter average range early in the week.

According to Binary Tribune’s analysis for Monday, in case natural gas for settlement in June breaches the first resistance level at $4.735 per million British thermal units, it will encounter next resistance at $4.797. If broken, upside movement will probably attempt to advance to $4.828 per mBtu.

If the energy source drops below the first support level at $4.642 per mBtu, it will probably test $4.611. If the second key support zone is breached, the blue fuel’s downward movement may extend to $4.549 per mBtu.