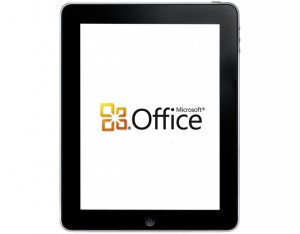 The Chief Executive Officer of Microsoft Corp. – Mr. Satya Nadella – made his first public appearance since taking over the position in February. Mr. Nadella chose to launch new Office software that is compatible with the iPad of Apple Inc., which is considered by analysts as a departure from the companys sole focus on its Windows operating system.

The latter has been the major target of Microsoft for quite a long time now, especially during the time when Mr. Steve Ballmer was in control of the helm. Mr. Ballmer is also recognized for pushing Microsoft to develop its operating system for smartphones.

As reported by the Financial Times, Mr. Nadella said during his speech: “We are not bound to one device, one place or one time. Job number one is to empower people to be more productive, to do more, across all these devices.”

After the company event, Mr. Nadella commented the companys announcement for Bloomberg: “It’s not a tradeoff, because it’s about going where customers are going. It’s not about today’s share position based on today’s form factors, because in the full arc of time there will be many new platforms that will require Office, from small screens to large screens.”

Microsofts Chief Executive Officer also hinted it is possible that a version for the Android devices of Google Inc. may be released in a short period of time in order to make the online Office 365 suitable for “all tablets”. The new Office package for iPad devices includes Word, Excel and PowerPoint, providing its customers with the opportunity to view their Office documents on their iPads free of charge. The users will need to pay the price of 99 dollars a year in case they want to use extra options such as editing or creating documents.

As reported by Bloomberg, one of the analysts who work for FBR Capital Markets & Co. wrote in a note: “There is a new sheriff in town. We believe the Office for iPad was a major positive step in the right direction and signals a strategic change at Microsoft.”