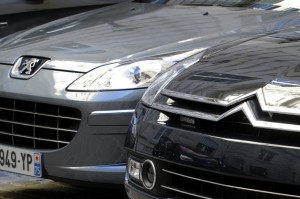 PSA Peugeot Citroen, which is currently the second-largest car manufacturer in Europe, announced that it reached an agreement to bring in Dongfeng Motor Corp. and France as investors as part of a rescue package estimated to 5.27 billion Euro (7.26 billion dollars).

Peugeot SA made an official statement today, saying that the company will ensure its financing by selling new stock and warrants, and starting a partnership with Banco Santander SA. A credit line estimated to 2.7 billion Euro was renewed between the company and some banks. Peugeot also announced that its cash consumption decreased 86% last year to 426 million euros, managing to surpass a goal of reducing the figure by half.

Currently, the company is considered to be one of the car manufacturers that are worst-hit by the shrinking auto market in Europe. In 2013, Peugeot SA posted an operation loss estimated to 177 million Euro, which marks its second consecutive unprofitable year, but was lower than analysts projections for an average loss of 247 million euro.

A total of 800 million Euro will be paid by Dongfeng Motor Corp. and the French state each for a 14% stake apiece. This sum will help raise about the half of a 3-billion-Euro capital increase.

The company explained in its statement, which was cited by Bloomberg: “The strengthening and deepening of the existing industrial and commercial partnership with Dongfeng will capitalize on the group’s current success in the world’s largest automobile market, which is now the primary source of growth for the automotive industry.”

According to the company, such a sale would put the turning point for Peugeot, which has a 118-year-old history. As reported by Bloomberg, this deal is the second attempt of the company in two years time to improve its profit by attracting a long-term strategic investor in order to provide money for vehicle development and expansion of the company in emerging markets. A stake was bought by General Motors Co. in early 2012, but the deal was undone after more than a year and a half as savings from this partnership failed to reach targets.