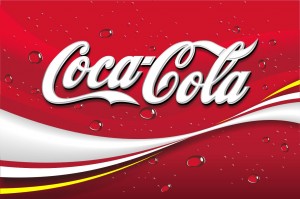 Coca-Cola announced that it reached an agreement with Green Mountain Coffee Roasters Inc. to acquire a 10% stake in the latter. The deal is estimated to about 1.25 billion dollars. Coca-Cola Co. also said it agreed to work with Green Mountain in order to introduce a system for producing single-serve cold drinks.

The company made an official statement, explaining that it buys the 16.7 million newly issued shares at the price of about 74.98 dollars each. Green Mountains stock rose 45% and reached 117.33 dollars in extended trading.

Recently, Coca-Cola Co. has been facing decreasing consumer interest, as customers neglected the companys best-selling sodas for alternatives such as iced coffees and energy drinks. One of the analysts, who work for Williams Capital Group LP – Marc Riddick – explained that becoming an ally with Green Mountain on new beverages is expected to help Coca-Cola increase its sales.

“It’s sales growth that they themselves would not be able to access without that platform” Mr. Riddick said in an interview, cited by Bloomberg.

In addition, such a move corresponds to the strategy, which the company prefers when it comes to equity stakes in promising new brands and technologies. Coca-Colas Chief Executive Officer Muhtar Kent said on a conference call cited by Bloomberg: “This is not a zero sum game, it just provides more opportunity for our brands.”

Coca-Cola and Green Mountain are cooperating with each other on the Keurig Cold single-cup beverage brewer, which is expected to be sold in Green Mountains fiscal 2015 that starts later this year.

Green Mountains Chief Executive Officer – Brian Kelley said on a telephone call: “This is what consumers told us they wanted.” He also described the cold-drink brands of Coca-Cola as “popular”. Mr. Kelley explained that Green Mountain will partner with other cold-beverage companies in order to sell single-serve pods that work in the Keurig Cold. He, however, refused to comment on the possible other brands that may be added, but did not exclude PepsiCo Inc. “We will have a number of partners and a number of brands on the system,” he said.