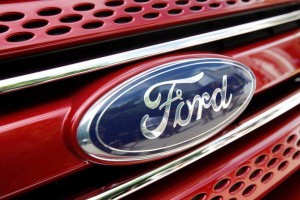 Ford Motor Co. has managed to increase its quarterly dividend 25%, which is considered as a quite successful response to the pressure on the company that was expected to return more capital to its shareholders.

The auto market has experienced a collapse in 2009, but it succeeded to recover, which resulted into increasing sales in North America. Ford Motor Co. benefited from this fact and managed to post net income of 4.12 billion dollars on 110 billion dollars of sales for the period from January to September 2013.

Currently, Ford Motor Co. is the second-biggest carmaker by sales in the U.S. Last month the falling auto sales in Europe and some problems in Venezuela and other South American counties forced it to announce that it is possible to miss its return targets.

The company had initially planned achieving automotive operating margins estimated to 8 to 9% by 2015. The Chief Finance Officer of Ford Motor Co. – Bob Shanks explained that shareholders would be provided by a regular, growing payout by the increase in the dividend to 12.5%. Mr. Shanks also emphasized on the fact that the company believed such payout may considered to be sustainable over the business cycle.

As the Financial Times already reported, this is the third dividend increase in three years. Ford Motor Co. restarted divided payments from the first quarter of 2012 with a rate of 5 cents a share and doubled it from the first quarter of 2013. The company had also been expected by some analysts to increase its dividend not by as much as 25%. However, the shares of Ford rose to 15.84 dollars, which is a 1.9%-increase.

Under the lead of the current Chief Executive Officer – Alan Mulally – the company has managed to make its global products ranges more rational. Mr. Mulally also managed to consolidate and unify the previously dysfunctional management structure of the company thanks to the so-called One Ford plan.

Mr. Shanks, who is the Chief Finance Officer of Ford Motor Co., said: “Our capital strategy continues to be focused on financing our One Ford plan, further strengthening our balance sheet and providing attractive returns to our shareholders.”