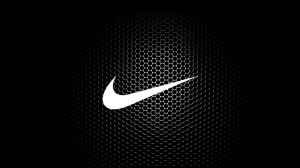 The fiscal second-quarter profit of Nike Inc. increased 40%. There is a sales growth reported in Western Europe, greater China and North America, which helps the company improve its overall sporting-gear results. The strong demand of both the U.S. and several international markets, as well as the continuously increasing interest in greater China is responsible for the successful profits of the company during the second quarter of the year.

Regardless of the fact that the economic environment at the moment is a bit tight for consumers, Nike continues to gain success thanks to its product launches. Nikes rating in Standard & Poors Rating Services was raised last month further into investment-grade territory, as reported by the Wall Street Journal.

During the period, the overall revenue of the brand rose 9%, excluding currency fluctuations. Nike explained that the great results of the company are coming from literally every product type, geography and key category. The North American operations revenue increase of the company is said to be, and the Western Europes sales rose by 18%. The sales of the Nikes segment located in greater China surged 8.1%. If the currency impacts are excluded, the companys revenue in the region is estimated to 5%. This result is higher than the one Nike initially expected for the first half of the fiscal year. The company also said it expected the results to become more stable during the second half of the year.

According to Euromonitor, the company currently commands 14.6% of the global sporting goods market. Adidas holds 11.4% of the market, which makes it Nikes most serious rival. Reuters reported that Nikes earnings are estimated to 537 million dollars, or 59 cents a share. This is 40% up compared to the last years similar quarter. The company managed to sell more goods at higher average prices, which made its gross margin rise to 43.9%