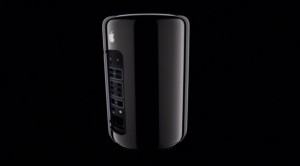 Today Apples new Mac Pro personal computer sell-off is starting. The computer is being manufactured in Texas using components that have been produced in the country, as a part of the 100-million-dollar “Made-in-the-USA” plan of the companys Chief Executive Officer Tim Cook.

Yesterday Mr. Cook wrote in Twitter: “We have begun manufacturing the Mac Pro in Austin. Its the most powerful Mac ever.”

The device has a cylindrical shape and runs on the latest Xeon chip of Intel Corp. Apple Inc. announced that it will be available to order today. The starting price of the configuration is 2,999 dollars, but prices will vary depending on the chips power and amount of memory. The device is released right at the height of the holiday shopping season.

In an interview in October Chief Executive Officer Cook explained that unlike some of the companys rivals, such as Google Inc. and Lenovo Group Ltd., which prefer using parts that have been made abroad, Apple itself is manufacturing the Mac Pros metal parts in the U.S. He said: “The difference with us is that were taking a bottoms-up approach. We dont want to just assemble the Mac Pro here, we want to make the whole thing here. This is a big deal.”

Apples CEO was a target of criticism for years as the promise of concentrating some of the companys production in the US was facing a delay. The technological giant was criticized by many labour lawyers on the issues related to the conditions at contractors facilities in China. Currently Apple is the largest technology company worldwide. It still has not officially announced any plans of making other products in the U.S.

Domesticating some of the Apples production doesnt seem to have a considerable effect so far. One of the analysts working for Piper Jaffray Cos – Gene Munster forecasts that the new Mac Pro device will probably bring less than 1% to the overall revenue of the company in 2014. Munster also expects about 1.1 million copies of Mac Pro sold during the next year, compared with 300 million iPhones and iPads.