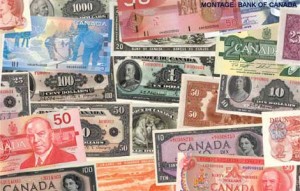 The loonie, as the Canadian dollar is best known, advanced against the US dollar on Monday as investors awaited the FOMCs meeting on December 17th-18th, which may result in Fed tapering.

Today, a mixed string of economic data came from the US. The released economic indicators cast doubts on expectations that the Fed will announce plans to trim its $85 billion in monthly asset purchases at its policy meeting this week.

A report by the Federal Reserve Bank of New York (FRBNY) revealed that its Empire State manufacturing index rose less than expected with a reading of 0.98 for December, short of analysts’ projections of 5.0 for this month. However, the reading was much better than previous month, when the index bottomed at -2.21. The Empire State Manufacturing index measures the relative level of business conditions in New York state. The index is based on a survey among 200 manufacturers in New York state.

The US department of Labor released a report that showed the Non-farm Productivity increased by 3.0% in the third quarter, outstripping analysts’ estimates of 2.8% gain and up from 1.9% in the second quarter. Non-farm Productivity measures the annualized change in labor efficiency when producing goods and services, except for those in the farming industry. Productivity and labor-related inflation are directly linked, as a decline in a worker’s productivity is equivalent to a rise in their wage.

A separate report by the same Department revealed that Unit Labor Costs fell in line with expectations, reaching -1.4% from 0.6% decline in November. Unit Labor Costs measure the annualized change in the price businesses, excluding the farming industry have paid for labor. It can be seen as a gauge of a leading indicator of consumer inflation.

The market research group Markit reported that its preliminary US manufacturing PMI declined to a seasonally adjusted 54.4 in December from a final reading of 54.7 in November. Analysts forecasts projected the index to rise to 54.9 this month. The Manufacturing Purchasing Managers’ Index (PMI) measures the activity level of purchasing managers in the manufacturing sector. A reading above 50 indicates expansion in the sector; below 50 indicates contraction.

The greenback was supported by data coming from the US department of the Treasury, which reported a $194.9 billion Treasury International Capital Flows for October, compared to a decline of $97.6 billion decline in September.

The US currency was further supported by a larger-than-expected Industrial Production in November, which advanced 1.1%, compared to 0.1% in October. Analysts had expected a 0.1% increase this month. Industrial Production actually measures the change in the total inflation-adjusted value of output produced by manufacturers, mines, and utilities.

The Canadian dollar continued to receive support after Bank of Canada Governor, Stephen Poloz said last week that rates were likely to remain in place for some time, reducing speculation that the slowing inflation may prompt the central banks to cut rates.