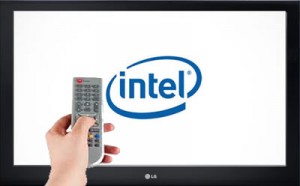 Verizon Communications Inc. seems to be near an agreement to purchase the Internet-based pay-TV startup of Intel Corp. The company has not made an official announcement yet, because the negotiations are not public, but the deal is expected to be announced next week, when the final details about it are set up. Intel Corp. preferred to start looking for a buyer of its OnCue service than investing more funds into it and bringing it to the market on its own.

The OnCue service is especially designed for providing pay-TV programming over any high-speed Internet connection. This, however, makes it a real threat to cable-TV services, which are pretty much restricted by territory.

Verizon Communications Inc. is the second-largest communications company in the U.S. It provides wire line voice and data services, wireless services, Internet services, and published directory information. Business phone lines, data services, telecommunications equipment and payphones are also provided by the company. Verizon intends to use the Intels OnCue service in order to launch its pay-TV offering all over the world. This will surely make cable companies that dominate territories compete with each other even more fiercely in order to increase their profits.

Andy Hargreaves, who is an analyst working for Pacific Crest Securities said: “It has the potential to change U.S. Pay-TV forever. Untethering the linear video service from the network could dramatically increase competition.” He also explained that when bought by Verizon, the OnCue service could help the company start the so-called “hardware light” video services, which give users the opportunity to start, stop and switch video services more easily.

Intel, which is known as the leading chipmaker worldwide, made a decision of divesting its business. The company is becoming more focused on selling chips for mobile devices. The OnCue service was planned to be offered on the market by the end of 2013, but the plans of the company have been delayed.

According to CNN Money, the current share price of Verizon Communications Inc. is 0.60% down, and its one-year return rate is 10.56% up. The 23 analysts offering 12-month price forecasts for Verizon Communications Inc. have a median target of 55.00, with a high estimate of 59.00 and a low estimate of 50.00. The median estimate represents a +14.97% increase from the last price of 47.84.