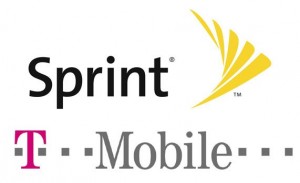 T-Mobile US Inc. is known as the fourth-largest wireless carrier in the U.S. The company provides wireless voice, messaging and data services, and consists of advanced nationwide 4G and 4G LTE network. On Friday the share price of the company rose the most in more than a year. The companys share price jumped to $27.64 yesterday in New York, which is a 8.6%-increase. This is the biggest one-day gain since October last year.

Meanwhile, the third-largest carrier in the U.S – Sprint – is studying antitrust concerns. This gives some analysts of the market the reason to think Sprint could push ahead with a T-Mobile bid during the first half of 2014. If such a deal is to be made, the U.S. would be left with three major mobile-phone services. In addition, this would make local regulators even more cautious, which automatically means that a closer monitoring would be kept.

On this occasion, one of the analysts of BTIG LLC – Walt Piercyk, said: “There is a little chance for a Sprint/T-Mobile to get through regulators over the next two years.” Both companies, however, did not comment any possible agreements.

Both Sprint and T-Mobile have been struggling to make a profit, especially considering the fact that Verizon Wireless and AT&T are considered the leaders on the wireless market. That is one of the main reasons why many analysts and investors have suggested the two companies to merge in order to create an independent entity, which would be stronger on the market than if the companies operate separately.

Such a deal would be able to put a start to a new wave of consolidation in the telecommunications business. However, we are still about to find out what happens from now on.