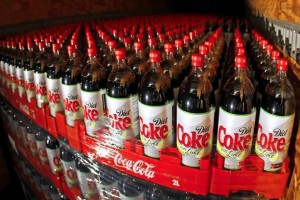 The senior management of Coca-Cola Co. was seriously shaken late Thursday, when the company announced that its Americas chief is leaving.

The news of the resignation of Steve Cahillane, who was once expected to be the successor of Chief Executive Muhtar Kent, stroke all departments of the company, especially taking into account the fact that Coca-Cola Co. is trying hard to grow in its key U.S. market. Coca-Cola Co. is also facing some difficulties in Brazil and Mexico thanks to the decreasing number of its sales there.

The international chief Ahmet Bozer will now manage the business in Latin America, and North America will be headed by Sandy Douglas. The latter will combine his new role with his current one as a global chief customer officer. The bottling operations of the company in North America will be supervised by Paul Mulligan, who has been performing the same function in the region of Japan and Latin America.

However, some people, who are close to the company reported that Mr. Cahillane was no longer considered appropriate for the position because the results he presented were weaker than expected. The statistics show that Coca-Cola Co.s operating income was 8% down from January to November 2013 compared to the last years one.

Mr. Cahillane took the position in January this year and was long praised for the fact he managed to integrate the large bottling business. However, some of his decisions obviously turned out to be not so wise and adequate, which some say is the reason why he had fallen out of favour.

Soda turned out to be the most serious challenge for the company in the U.S., because it is responsible for about 60% of the companys revenue in its home market. As a matter of fact, there is a industry-wide downturn for full-calorie soda at the expense of diet soda, which consumers seem to become more fond of lately.

At the moment, Coca-Cola Co. is preparing to re-franchise a great deal of its distribution in the U.S. during the years to come, which is also one of the reasons why its Americas chief resignation was considered a serious blow to the company.

According to Bloomberg, the current share price of Coca-Cola Co. is 2.29% down, and its one-year return rate is 7.28% up.