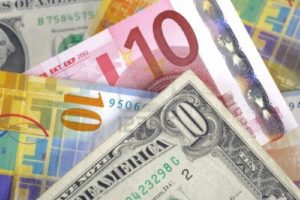 The euro touched fresh six-week highs against the greenback and advanced for a sixth day, registering the longest string of gains since December 2012. The euro was supported by ECB Vice-president comments.

Vitor Constancio, ECB Vice-president, said on Wednesday that there is sufficient ECB-eligible collateral in each of the 17 Euro zone countries, which means banks can easily increase the use of its funding if they wished to do so.

“I can tell you, there is eligible collateral in all countries, in all banking sectors right now that they could use to come to us and get very cheap funding,” Constancio said at an event at the Goethe University Frankfurt, cited by Thomson Reuters.

The ECB Vice-president expressed his hope that lending to the economy will increase once economic recovery gains momentum and added that the ECB does not have much power to influence how banks used cash.

On Tuesday, the euro received support after the comments made by ECB Governor Mario Draghi at a conference in Rome. Mario Draghi asked national governments to reform their economies and complete the European Banking Union, remarking that the ECB had gained time for action, by providing price stability over the last 15 years.

The ECB Governor said, cited by Reuters: “It is now crucial to complete this agenda at the European and national level”, and added that governments should focus on key reform priorities: “completing the banking union, implementing growth-friendly fiscal consolidation, and structural reforms in labor and product markets”.

Draghi explained that it is essential for ECB to maintain public trust and assured that there is no threat for Europe to enter a Japanese-style deflationary cycle.

Meanwhile, the US dollar received support after US policymakers unveiled an agreement to ease automatic spending cuts by about 60 billion USD over two years and cut nation’s deficit by 23 billion USD. US Senator Patty Murray, a Democrat, and Republican Representative Paul Ryan said that the budget proposal could prevent a government shutdown and could favor economy. The agreement sets a budget ceiling for the fiscal 2014 at 1.012 trillion USD and for the fiscal 2015 – a ceiling at 1.014 trillion USD.

The US budget agreement boosted speculations that the Fed might taper its stimulus program, which tends to devaluate the greenback. Central bankers are set to reconvene next week. According to 34% of economists, participated in a Bloomberg survey on December 6th, the FOMC may begin to scale back its 85-billion-USD monthly asset purchases at the committee’s policy meeting on December 17th-18th rather than wait until January or March.

Kengo Suzuki, the Tokyo-based chief currency strategist at Mizuho Securities Co., said, cited by Bloomberg: “One of the reasons why Fed tapering was postponed in September was uncertainty over budget talks, so a deal would make the tapering more likely.”