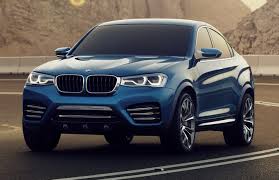 Bayerische Motoren Werke AG, one of the largest manufacturers and sellers of luxury cars and motorcycle worldwide, has announced that it is considering to start building engines in North America and make steps towards expanding its vehicle production in the region. The company hopes its efforts will result in capitalizing on the growing customers demand in the region.

BMW AG is planning to establish a motor factory in Mexico or the U.S. The project may be started in 2014, but the company is keeping the information about it strictly confidential. Since Norbert Reithofer became a Chief Executive Officer of the company in 2006, BMW AG became more focused on producing fuel-efficient powertrains. Close monitoring and control has been kept over the companys technology, which was first used outside Europe last year.

One of the spokesmen of BMW – Mathias Schmidt, said: “As part of our long-term growth strategy, were frequently looking at different countries for possible locations of future production facilities. No decisions have been made yet, though, for an additional plant.”

BMW, as well as two of the other largest luxury cars manufacturers – Mercedes-Benz and Audi, seem to be pursuing the same strategy in order to increase their sales in North America. The stagnation that has taken over their home market in Europe is also not to be underestimated, because it is actually the most serious factor that has influenced the companies strategy change. Another factor to be taken into consideration is that expanding production into a foreign country, such as the US, and producing locally limits the effects of the greenbacks fluctuations on non-US companies revenues.

At the moment, it seems that both the European Union and the U.S. authorities are making steps towards taking advantage of all opportunities provided by the current situation. Adding to positive sentiment is the fact that growth prospects in North America look quite promising due to the recovering economy and favourable demographic conditions.

BMW is currently trying to hold the lead over Audi and Mercedes-Benz, both of which are claiming they are going to surpass the company in sales by the end of the decade. The companys only factory in North America was built in Spartanburg, South Carolina, in 1994, where it currently produces all of its X3, X5 and X6 sport-utility vehicles. But BMW is currently seeking to increase its production in the region by adding the new X4 SUV next year and will likely achieve further expansion, if the new engine plant comes through.