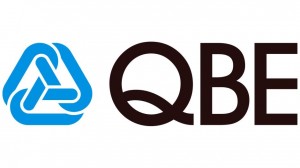 QBE Insurance Group Ltd. is currently the largest insurer in Australia, unfortunately announced that it would record a loss this year after dropping by more than one-fifth of its shares value. The losses of the company are due to its problematic business in the U.S., as well as to higher provisions and writedowns. Some of the insurers problems also arose from the fact that during the last 12 years the company expanded greatly, because it has acquired more than 40 units.

The acquisitions happened under the management of Frank, OHalloran, who is the former Chief Executive of QBE. The new chief executive of the company – John Neal, who took over the position last year, explained that QBE would take a goodwill impairment charge estimated to 600 million U.S. Dollars and a writedown of 300 million U.S. Dollars in order to solve some of its major difficulties by restructuring its specialist property unit in the U.S.

On this occasion, the Chief Executive of the company Mr. Neal explained: “We are emphatically dealing with the North American issues that have been tertimental to confidence and underwriting performance. As painful as these decisions are, we are confident that out business in North America will trade profitably in 2014.” John Neal also told companys investors that it had taken him longer than he would have hoped to start dealing with the difficulties of QBE in North America. He also said he hoped that the company would manage to put the problems behind its back.

This gives the managers of the company some grounds to believe that 2014 would be more successful for QBEs business in the U.S. They even hope the profits from the companys agriculture business based in the U.S. would be higher than the ones previously expected thanks to the so-called crop prices collapse, and especially to the corn price collapse.

Time will tell if the problems of QBE are really behind its back. According to Bloomberg, the current share price of QBE Insurance Group Ltd. Is 22.33% down, and its one-year return rate is 16.59% up.