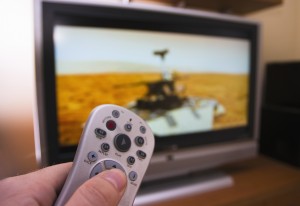 Three of the largest global web and technology companies – Google Inc., AOL Inc. and Yahoo Inc. have been recently doing their best in order to attract more advertisers to their outlets and chase them away from television. However, television proved itself to be a strong competitor, even for some of the most successful website owners in the world.

On the other hand, TripAdvisor Inc. has recently started its first TV advertising campaign, which is estimate to 30 million dollars. TripAdvisor is known as one of the most reliable and visited travel websites. Since its beginning, the website has been using mostly digital ads, such as sponsored search results. Over the last few years, the company also used social media channels for its advertising campaigns. The company itself claims all this helped it create a “decent level” of name recognition, but its managers have now realized that it is high time it became more up-to-date, which practically means that the power of television and TV ads is to be used. The vice president of TripAdvisors brand strategy – Anne Bologna said: “Nothing has that broad reach or the ability to build a brand faster than TV advertising.”

This is how the current trend of many companies, which rise the amount of money spent on TV ads, can be explained. The expenses of TV ads in the United States of America are expected to go 2.8% up and reach 66.3 billion dollars, says eMarketer. This equals to 38T of overall money spent on all media when it comes to advertising campaigns. In addition, 959.5 million dollars are spent by different web brands on TV ads in the United States of America until August 2013, which is 2.6% up compared to the money spent only a year earlier.

One of the largest real-estate websites – Zillow Inc. started a TV advertising campaign in April. The decision for this was made after a research showed that the company was unknown by 88% of consumers. That is exactly why the company planned to spend between 30 and 40 million dollars on TV ads in 2013.

Since the late 1990s, different web and information technology companies have been spending money on TV ads in order to built a more successful advertising strategy. However, TV ads were left in the dark for too long thanks to the thousands of advertising opportunities provided by the Internet nowadays. This is exactly how search, online display, social media, online video outlets, etc. have been drawing the attention of the mass user for many years, but now perspectives are slowly changing once again. Web executives have finally realized that there is something about TV that attracts people like nothing else.

Only time will tell if such a strategy will work well enough for some of the largest information technology and web companies in the world. Nevertheless, the recent trends show some quite promising results in this direction and there is nothing else left for the companies except for adapting to the current situation.