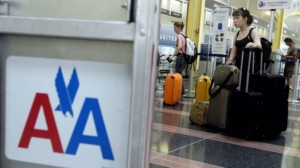 The merger of American Airlines and US Airways is officially given a green light by a federal bankruptcy court judge. This way the airline passengers who were trying to prevent the deal from happening by their objection are deprived of the opportunity to take further actions, which provoked a true pre-Thanksgiving storm in the country. That is how the largest airline company in the world will be formed.

An antitrust settlement between American Airlines and US Airways, which was signed earlier in November was approved by Judge Sean Lane. The merger was announced for the first time in February 2013, and was blocked in August this year. There were some earlier judicial objections to the deal, which were threatening it, but now the merger is officially legalized. There are also some concessions, which were made part of the deal, including an agreement for transferring some key airport slots to low-cost carriers, such as JetBlue and Southwest.

No matter that the group of airline passengers has declared its intentions of pursuing a private antitrust lawsuit against the merger of the two companies, Judge Lane took decision not to stop them from forming a new entity, which will eventually happen to be the largest airline company worldwide. However, the passengers still fear that the merger will lead to increasing the fares and reducing the customers choice.

“If the combined American starts to change a fortune to flu from Charlotte to Dallas, someone else is going to jump in there.”, said Seth Kaplan, who is a managing partner of Airline Weekly, earlier this month. He also said: “The typical impact of the merger is that someone who might have four or five connecting options will now have three or four.”

The official merger of American Airlines and US Airways is currently planned for December the 9th. From then on, the shares of the new company will be traded under the symbol AAL. However, passengers will be still given the opportunity to book their tickets under the names of both companies. The details about all the operations, including tickets booking, frequent flier clubs, etc. are still being cleared out. However, they are expected to happen not until the beginning of the next year.

It should not be expected the companies to formally combine their operating certificates with the Federal Aviation Administration any time soon. This may not happen until 2015, but one thing is for sure – the new entity formed by American Airlines and US Airways will be the largest airline company worldwide, when it comes to the passengers who use it, overall revenue and other features.