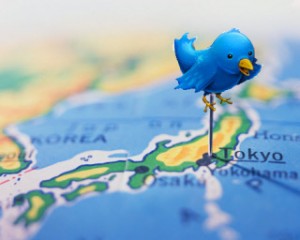 Twitter Inc., the microblogging social site with more than 200 million members worldwide which recently became public company, is at investors focus, as they want to know when the company will be profitable.

As globally, trends point to a mobile shift, successful social media companies need to emphasize mobile technology. Twitter is already prepared for such a strategy reporting that 75% of its users enter their profiles using a mobile device. The social network has its main source of revenue coming from mobile advertising, which accounts for around 55% of its revenue.

Striving to attract more customers Twitter would like to cover Asian markets – tipped by analysts to be too difficult and crowded for the worlds second largest social network.

According to figures from tech research firm Gartner, the Asia Pacific region is the biggest mobile ad market, with an estimated $4.8 billion in revenues this year. In addition, due to the fact that there are situated some of the wealthiest countries in the world, such as Japan and South Korea, Asian market is quite beneficial, because a large percentage of the users there use mobile devices to access the social networks. All this shows a great demand for a more interactive and engaging experience when it comes to using the social networks and media.

At present, only a small percentage of Twitters users are coming from the Asia-Pacific region. International users account for about three quarters of Twitter’s members but contribute to only a quarter of revenue this year. About 25% of Twitter’s 232 million active users are in Asia.

Twitter needs to grow in those markets mainly because of the vast opportunities it offers to improve its global mobile advertising share which at the moment is lagging far behind those of Facebook and Google. Twitters current share is about 2%, compared to Facebooks 16% and Googles 53%.

What Tweeter needs to take into account is the fact that leading Asian economies such as Japan, and South Korea are experiencing slowing growth. Also competition in those countries have intensified as new mobile applications from companies such as South Korea’s Kakao Corp. and Japan’s Line Corp., have experienced explosive growth, making them capable to attract large share of advertising.

Most of Japanese and Korean customers perception of the microblogging site is as it could be used for receiving news. That sort of positioning on the market is not retaining users to the platform and most importantly is not boosting advertising revenue for the company. Estimates point that Twitter has 7 million users in South Korea and only 1 million of them send more than one tweet a month.

If Twitter intends to make a large step for its potential users in Asia, it should first understand differences in social behavior between US and Asian culture. However, in Japan, Twitter’s status was praised after it was the only mean by which many people communicated at the time of the tsunami tragedy.

The 12 analysts polled by CNN Money offering 12-month price forecasts for Twitter Inc have a median target of 39.00, with a high estimate of 54.00 and a low estimate of 30.00. The median estimate represents a 2.94% decrease from the last price of 40.18. The current consensus among them is to buy stock in Twitter Inc.