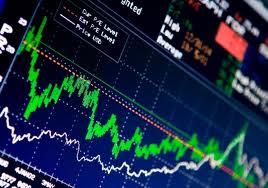 Traders argued the rally lost its momentum late in the trading day, as volumes lightened because of the holiday week. “Theres just not much alacrity in the market or conviction either way,” said for The Wall Street Journal Gordon Charlop, managing director at Rosenblatt Securities. “Its got a holiday feel.”

Minutes from the latest Fed meeting indicated the central bank may reduce monetary stimulus in coming months. Four out of five investors expect the Fed to delay a decision to begin reducing the stimulus until March 2014 or later.

Data released on Monday from the National Association of Realtors showed pending home sales fell 0.6% in October, missing analyst estimates and wrapping up a fifth month of declines.

“The real strong rebound in housing that we saw between 2011 and the first quarter of this year has tapered off now,” Charlie Smith, chief investment officer of Pittsburgh-based Fort Pitt Capital Group Inc., said in a phone interview for Bloomberg. His firm oversees $1.5 billion. “The question people have is, Can the uptrend in housing be sustained by what classically has been growth in income and therefore the ability to get loans?”

In corporate news, Alcoa added 3.8% to $9.59. Goldman Sachs Group Inc. upgraded the shares of the largest U.S. aluminum maker to “buy” from “neutral”. The brokerage said the stock may climb to $11.

DaVita HealthCare Partners Inc., a provider of kidney care services, jumped 8.9% to $61.55 for the biggest gain in the S&P 500. U.S. regulators scrapped a proposed 9.4% reduction in Medicare payments to dialysis providers.