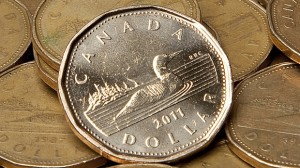 US dollar preserved gains against its Canadian counterpart on Monday, despite the index of pending home sales in the United States dropped in October, while crude oil futures plunged after a deal on Iranian nuclear program has been struck, which pressured demand for the Canadian currency.

According to a report by the National Association of Realtors (NAR), pending home sales in the United States fell for a fifth consecutive month in October due to higher mortgage rates and fewer homes available for sale in the country. The index, gauging pending home sales, decreased 0.6% to reach a value of 102.1 in October, or the lowest level since December 2012, after another 4.6% drop in September, a revision up from a drop of 5.6% previously. Experts expectations have been confounded, as they pointed a 2.0% gain. According to NAR, the 16 days of partial government shutdown in the US during the same month have probably also influenced decisions of potential buyers. Experts project that home sales may increase during the upcoming months, but probably at a slower pace. A sale is considered as pending, when a contract has been signed, but the payment has not yet been settled. A deal is usually finalized within a period of two months, following the signing of the contract.

Meanwhile, the loonie, as Canadian dollar is also nicknamed, plunged to lows unseen in more than four months against the greenback earlier in the day, as the price of crude oil, nations largest export, declined after a deal has been reached between Iran and major world powers, which imposes limits to Iranian nuclear program.

The temporary deal offers the Persian Gulf nation about 7 billion USD in relief from sanctions, but leaves banking and financial measures standing. The accord grants Iran access to 4.2 billion USD in oil revenue frozen in foreign banks, but the current limitations to the country’s outbound shipments remain unchanged at around 1 million barrels per day. The European Union will remove a ban on insurance for tankers carrying Iranian oil, easing the trade between Iran and its six remaining customers, but exports to members of the single currency bloc remained prohibited.

“Canada, of course, has been overwhelmed by the drop in oil,” said Jane Foley, senior currency strategist at Rabobank International by phone from London, cited by Bloomberg News. “That factor alone is enough to dampen the Canadian dollar, but in the medium term, if lower oil prices come through in better growth data that will be good for Canada, as well as everyone else.”