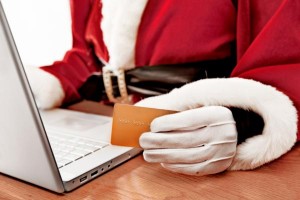 Cyber Monday, is one of the busiest online-commerce days of the year. Recently analysts observed it is spilling into the rest of the holiday season as more consumers use mobile devices as a more convenient method to shop online.

Many shoppers are not waiting to return to work on the Monday after Thanksgiving to surf Web deals on their desktop computers or laptops as consumers use tablets and smartphones to order online. That’s taking e-commerce giants such as Amazon.com Inc. and E-Bay Inc. to compete with not so online oriented retailers including Macy’s Inc. and Sears Holdings Corp. in using promotions through the net and mobile applications to lure gift buyers long before and after Cyber Monday.

Online holiday sales will increase as much as 15% to $82 billion, more than three times faster than the total gain of 3.9% to $602.1 billion, according to the National Retail Federation.

This year Cyber Monday is starting on December 2, as usual on the first day of the week after Thanksgiving and Black Friday.

Evidence of an extended online buying period emerged last year, especially around Thanksgiving Day and Christmas Day. The trend is supposed to be stronger this year as discounts are supposed to be even more luring and mobile offers appear. Interest on tablets and smartphones grew twice as fast in the third quarter as desktop online spending, and Web users in August spent more time engaging with retailers on mobile devices than on desktops for the first time, according to ComScore.

“I used to look at Black Friday deals and see what was happening, but after this year I know I can get deals all the time, so I’m no longer concerned.” said Cristin Zweig, a 29-year-old communications manager at Trulia Inc. “If you get 15% more off if you buy through your mobile app, that’s a bigger incentive for me.”

One third of average monthly traffic for leading retailers such as Amazon, E-Bay, Wal-Mart and Target Corp. comes from smartphones and tablets, according to ComScore. As a result, the stores are offering more holiday deals that can attract consumers whenever they’re surfing onto those devices.

Amazon is projected to get 35% of its 2013 sales in the last three months of the year, data compiled by Bloomberg show. This year, Amazon is beginning its Black Friday sale a day earlier than 2012 and will have new deals and gift ideas as often as every 10 minutes online in an attempt to retain more customers on its website.

Sears is also stepping up with mobile promotions earlier this year as also providing tools helping customers get e-coupons especially customized for their tastes. The retailer started what it calls a “holiday bonus offer” on November 1, which lets members get 10 percent back in loyalty points on all their purchases throughout the holiday season.

The longer stretch of Cyber Monday promotions doesnt mean retailers are ignoring the exact date of the e-commerce event. While consumers can get deals over a longer period, companies such as E-Bay still project the Monday after Thanksgiving to be the biggest e-commerce shopping day as retailers capitalize on consumers’ habitual deal searching. The increased competition may result in the heaviest online buying day in history this year, increasing more than 20% to about $2 billion, according to ComScore.