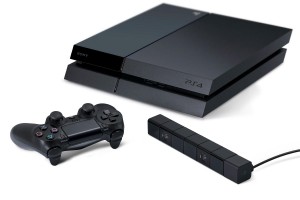 Sony appears to be on a more profitable path with its latest gaming console, according to IHS. It is not widely known that PlayStation 3 console which Sony was selling so successfully for several years was sold on a loss for the company. Component costs for most of the different versions of the PS3 console were in excess of the retail prices, in some cases by more than $100, IHS reported.

This time Sony succeeded to design a console with production costs that are lower than its selling price. The cost of components and manufacturing expenses for the PlayStation 4 amounts to $372 which is $18 lower than the consoles $399 retail price, according to the research firm.

“When other expenses are tallied, Sony initially will still take a loss on each console sold. But the relatively low BOM [bill of materials] of the PlayStation 4 will allow the company to break even or attain profitability in the future as the hardware costs undergo normal declines,” IHS said.

The console maker relies to profit from sales of games and content rather than the devices.

“This time, Sony is on a greatly shortened path to the hardware break-even point, or even profitability, with its cost-conscious PlayStation 4 design,” he added.

It sold 1 million units in the first 24 hours of availability in the United States and Canada. The company is expected to release the console in Europe and Latin America this Friday and in Japan next February.

Meanwhile Microsoft prepares to launch its Xbox One device on Friday. The Xbox One is Microsofts first new gaming console in eight years.

One of the most interesting changes in Xbox is not letting developers access the full power of the system. Microsoft partitioned half of the system resources so they can only be accessed by apps and entertainment content. Conversely, those apps can never access the part of the processor devoted to games.

The changes underline a strategy leaning toward Xbox being used not only as a gaming device but more like a computer for a daily use.

One of the fancy features the console offers is voice commands. You can turn the console on using your voice. You can control an application. You can search on the internet. But for now, its very much a work in progress.