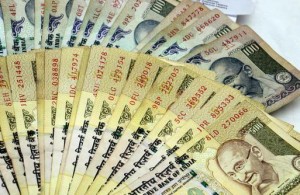 The greenback advanced against its Indian counterpart, due to the release of the official data about the US retail sales, which surpassed the analysts expectations. The actual increase of total US retail sales turned out to be 0.4% in October, compared to a month ago, a value which marked the fastest monthly pace in three months, while preliminary estimates pointed a 0.1% gain.

Moreover, speculation appeared that funds inflows into Indian stocks were offset by a greater oil importers US dollar purchases. “Inflows will probably continue. However, recent price moves show that there will be good demand for the dollar around the 62 level and that will limit gains in the Indian currency”, said Paresh Nayar, head of currency and money markets at FirstRand in Mumbai, cited by Bloomberg. Most probably foreigners will add more to their net portfolio of Indian stocks, worth $750 billion for the first 20 days of November, according to FirstRand Ltd. The Governor of the Reserve Bank of India (RBI) made an announcement on November 13-th, that most of the Indian refiners are meeting their dollar needs in the local foreign-exchange market as the RBI cut the direct currency supplies to them.

Ben Bernanke, the Federal Reserve Chairman, that he will continue the policy of keeping the base interest rate close to zero. He reiterated he will keep central bank’s interest rate near zero for a “considerable time”, well after the stimulus program is expected to be tapered. The program actually is meant to put downward pressure on borrowing costs and consists of monthly purchases of Treasuries and mortgage-backed securities by the Central Bank, which are worth $85 billion. Expectations point that the stimulus program will be reduced to $70 billion monthly at the policy meeting on March 18-th-19-th. A “preponderance of data” would be needed in order to begin removing accommodation, according to bank’s Governor. The benchmark interest rate may remain at low levels “perhaps well after” the rate of unemployment in the country falls below Fed’s objective of 6.5%.

The statement of Ben Bernanke was echoed by other Fed policymakers, like Janet Yellen, who testified in front of the Senate Banking Committee on November 14-th, that she will continue with the unprecedented stimulus program, until she sees a more robust recovery of the economy, even though there are some present signs of this, but at the present moment they appear insufficient. The President of the Bank of New York Fed, William Dudley, also supported Ben Bernanke and Janet Yellen’s vision that the stimulus program should be continued as long as needed, stating on November 18-th, that he was “more hopeful” about the economy, but however, indicated no changes of bond buying anytime soon.