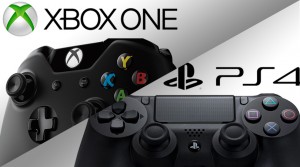 Few days before the launch of the two best-selling game consoles, it appears Microsoft and Sony are running from a very close starting position.

Sonys latest model in the next-generation battle of gaming consoles, the PlayStation 4, is scheduled to flood North American markets later this week. Microsofts Xbox One is expected to be released on November 22, with both products aiming to boost sales at the key Christmas shopping season.

“With the determination of both companies not to give either a head start, the simultaneous launch of both PS4 and Xbox One results in a more complex forecasting environment,” IHS said in a note today.

The IHS consulting firm forecasts that Sony sales would reach about 2.4 million of PS4 consoles by the end of 2013, with Microsoft selling a similar amount of 2.2 million Xbox One consoles. IHS expects geographical brand specifics to remain unchanged, with the Xbox One outselling the PS4 in North America, and the PS4 outselling the Xbox One across Europe.

Both consoles have their own advantages and fan groups. Because the community of Xbox 360 users is significantly bigger than the original Xbox generation, the Xbox One should see “significantly stronger” launch sales compared with the previous one, IHS said. The Xbox One is Microsofts first new games console in eight years and will go on sale in 13 countries. In September, Microsoft said that retail stores in many markets had run out of pre-orders for Xbox One consoles.

However, Sony set competitive pricing for the PS4, with a price tag $100 cheaper than Xbox One. Sony CEO Kazuo Hirai has declared the game console as one of the three pillars the company will rebuild itself on, along with mobile and digital imaging.

Japanese electronics giant Sony decided not to launch the PS4 at home market until next year. That may reflect the priority firm sets to take on Microsoft in its key markets. Theres also less urgency to launch in Japan, where handheld consoles and smartphones are popular.

Ubisoft, the game-maker company sees a lot of potential in the next-generation of consoles. The launch of the PlayStation 4 and Xbox One will represent a “new driving force” for the industry, CEO Yves Guillemot said yesterday as part of the companys latest earnings report for the six months ended September 30.

The 28 analysts from CNN Money offering 12-month price forecasts for Microsoft Corp have a median target of 35.00, with a high estimate of 44.00 and a low estimate of 25.00. The median estimate represents a 6.32% decrease from the last price of 37.36. The current consensus among 37 polled investment analysts is to hold the stock.

Meanwhile shares of Sony traded in US have a median target of 21.91, with a high estimate of 35.67 and a low estimate of 17.33. The median estimate represents a 27.19% increase from the last price of 17.23. Nevertheless, the consensus among 19 polled by CNN Money investment analysts is to hold stock in Sony Corp.