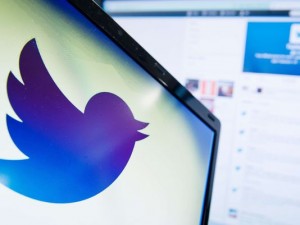 Despite investor worries that Twitter may follow Facebook in first days of trade, the shadow of doubt which troubled the micro-blogging site has finally passed from the financial markets.

Twitter soared 73% to $44.90 yesterday at close, the biggest first day gain for an IPO of more than $1 billion since 2007 after Alibaba.com. About 8 million of the shares, or 11% of the total in the IPO, were allocated to retail investors according to Bloomberg.

The company received orders for about 30 times as many shares as it offered at the $26 IPO price, according to a person with knowledge of the matter, Bloomberg informed.

Kevin Landis, an investment manager at Firsthand Funds said to Financial Times that a very different sentiment is starting to take hold.

“What I’m afraid I’m about to experience is the mirror image of that [earlier mood],” he said.

Compared to Facebook at the time of that company’s IPO, Twitter’s revenues are barely 10% as large, it’s workforce one-fifth the size and its stock market value at the offering price only one-sixth as big.

The pricing puts more expectations on Twitter to deliver on its promises of fast growth after earlier pricing shares as low as $17. Companys CEO Dick Costolo has attracted investor interest in Twitter’s sales growth with revenue more than doubling annually, despite having no clear strategy of making a profit.

Brian Wieser, an analyst at Pivotal Research Group in New York, downgraded Twitter to a “sell” rating with a $30 price target.

“If youve got it, sell it,” Wieser said in an interview, cited by Bloomberg. “If there are willing buyers who have a view of the business today that gets them comfortable with this valuation then those people should hold it, but I can’t get there, and I’m not recommending my clients to hold it.”

There is a fresh ongoing trend as investors have shown interest in hyper-growth companies. Some are willing to pay high prices for companies pointed to be the best hot stock in tech world. As one of the most prominent consumer companies to ride these trends, Twitter has materialized investor hopes at least for now.