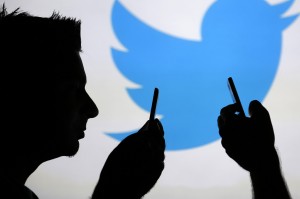 Twitter reported significant increase in the price range of its IPO by as much as 25% as investors showed improved interest for the stock. The boosted demand would reflect on companys valuation which may jump to over $17 billion at its stock market debut later this week.

Shares of the social network will set a price of between $23 and $25. That would place the company to be the largest technology IPO since Facebook went public last year and is expected to lead to a new wave of listings.

Twitter also noted it had received a letter from IBM warning that it was infringing on its patents. Company pointed at the patent dispute as a new risk factor in the updated filing because it could end up with a lawsuit or agreement between the firm and IBM. The computer services company alleged that Twitter had infringed patents for the efficient retrieval of website addresses, interactive adverts and contact discovery. However, Twitter said it believed it had “meritorious defences” to the allegations.

Twitter had just nine patents and 95 pending applications as of September 30, much less than its competitors or other companies in the industry. The company said that could make it a target for litigation, and it would be limited in its ability to fight back by asserting its own patents.

Analysts have been betting on Twitter valuation to rise despite companys cautious forecast of $17-$20 range last month.

Some investors have raised concerns about Twitter being reliant solely on advertising sales, having few other significant revenue alternatives in the near term. Twitter said last month that its third-quarter revenue more than doubled to $168.6 million, but net losses widened to $64.6 million from $21.6 million a year earlier.

Goldman Sachs will earn up to $25 million leading the underwriting process for the offering. Assuming a $17.4 billion valuation, Evan Williams, the co-founder with the largest stake before the offering, should have a stake worth up to $2 billion.