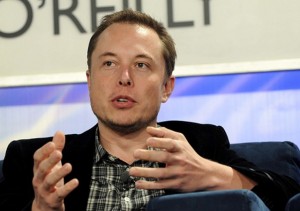 Teslas CEO Elon Musk slammed the hydrogen fuel-cell vehicles such as those being developed by Toyota Motor Corp. and Hyundai Motor Co.

CEO’s protestations follow the fact that his Tesla competes for government subsidies with hydrogen cars. Those rebates are fueling infrastructure and lucrative green-car credits that have made the company profitable this year. His criticism toward the rival technology come out as California considers reducing his ability to generate credits in the future.

Automakers including Toyota and General Motors Co. have long held out hydrogen fuel cells as the ultimate way to drive because it is pollution-free, powerful and able to go for hundreds of miles.

Musk argues that although hydrogen cars emit only water vapor, the hydrogen fuel can be expensive and dirty to produce.

“There’s no way for it to be a workable technology,” Tesla’s chief executive officer said this week in Munich.

Toyota this month revealed a prototype of a small hydrogen sedan it will sell in California from 2015, and will unveil the production version next month at the Tokyo Motor Show. Honda, Hyundai and Daimler AG’s Mercedes-Benz are also planning to sell their own fuel cell vehicles in the state and in their home markets from 2015.

While critics stay focused on hydrogen’s challenges, they can be overcome, Koei Saga, Toyota’s director and senior managing officer for research and development, told reporters this month.

“There are energy efficiency, CO2 issues that have to be solved if fuel-cell vehicles are to penetrate the mainstream,” Saga said to reporters. “We are working on them.”

While sustainable clean production and distribution of hydrogen could take decades to develop, California regulators view both plug-in electric and fuel-cell vehicles as solutions to a possible energy crisis.

“The EV activists have been quieter in recent years,” said Dan Sperling, director of the Institute of Transportation Studies at the University of California at Davis and a member of the state’s Air Resources Board. “I hope they have come to appreciate that this is not a winner-take-all competition, and that we require a portfolio of solutions.”

“The stock price that we have is more than we have any right to deserve,” Musk warned on Thursday at the opening of a Tesla showroom in London.

Despite the warning of stock being too high now, Musk stays optimistic that somewhere down the line, Tesla will grow into its current valuation.

“Were going to do our best to fulfill the expectations of investors, and I think in the long term that stock price is going to seem fair,” he said.

The current consensus among 16 polled investment analysts is to hold stock in Tesla Motors Inc.