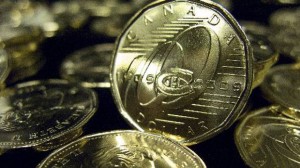 US dollar climbed to its highest point in one week against the Canadian counterpart on Wednesday, following Royal Bank of Canadas interest rate decision, while speculation that global growth may slow in case Chinese central bank tightens monetary policy dampened demand for the loonie.

Minutes ago at its monthly policy meeting the Royal Bank of Canada decided to leave the benchmark interest rate unchanged at the record low level of 1.0%. The bank said that persistently low rate of inflation, which remained well below the target level, considered as providing price stability, suggested that risks of declining prices might have gained greater importance. At the same time, the current monetary policy course has been seen as appropriate.

The central bank also revised down its outlook for nations growth in 2013 to 1.6% from 1.8% in July, as “uncertain global and domestic economic conditions” caused impact on economic activity. The bank projects that economy will expand 2.3% in 2014 and 2.6% in 2015.

All in all, the central bank of Canada did not announce any intentions to raise the base interest rate.

In China, borrowing costs for banks climbed at the fastest pace since July, after an academic adviser to the nations central bank said earlier this week, that the bank may tighten its policy in case inflation rate accelerates.

“We’ve seen the dollar rise generally from Asian hours, which to be honest I think is related to fear China could be hiking interest rates again and that’s coming through into demand for safe haven, into the dollar, into the yen, and hitting commodity currencies,” said Jane Foley, senior currency strategist at Rabobank International, by phone from London, cited by Bloomberg. “Canadian dollar perhaps softer going into the meeting on this Chinese news.”

Meanwhile, the index of import prices in the United States slightly rose in September, which still implied a moderate rate of inflation amid signs of a weak global economic growth. Import prices climbed 0.2% in September compared to August mostly due to higher fuel prices. Preliminary estimates have been met. The annual performance of the index showed a 1.0% drop in September, also in line with expectations, following the 0.2% dip recorded in August. Worse performance of a number of major economies probably influenced negatively prices of imported goods and services in the United States, which contributed to retaining inflation at historically low levels. On the other hand, the current pace of monetary stimulus, maintained by central banks, has made certain goods cheaper for US consumers. Prices of goods imported from Japan have dropped 2.8% in September on annual basis, marking their largest decline in twelve months through November 2012. Prices of imported automobiles also recorded a drop, 1.2%, during the past one year, as this has been supported mostly by the lower exchange rate of the Japanese yen against the greenback.

Last but not least, the index of house prices in the United States was reported to have curbed its rate of increase in August, as it rose 0.3%, following the revised down 0.8% climb a month ago from a 1.0% climb previously.