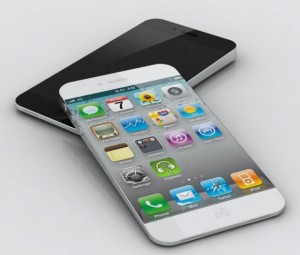 Analysts are predicting sales of $36.8 billion and profit of $7.88 a share. This is the close of Apple’s fiscal year and the ending tally is expected to be about $170 billion in revenue — almost triple the $65 billion in sales it had in 2010.

Apple expanded distribution of the iPhone 5s and 5c to more than 50 countries by Nov. 1, which hints that supply for the new smartphones is picking up. Instead of noting that the phones will ship in October in the U.S., as has been the case since they went on sale Sept. 20, Apple’s website now says they’re available to ship in 2-3 weeks. While waiting could be irritating for U.S. buyer, this is a great sign of higher demand. iPhone-Check, a service that checks availability of supplies at Apple’s retail stores, will now email you an alert after it does an inventory check.

Best Buy also started a trade-in program that will give smartphone users, who turn in a working smartphone, $100 or more toward the purchase of a new iPhone with a 2-year service contract.

Later this month, Apple will introduce its next-generation iPad, supplied with its new A7 processor, and the second-generation new iPad mini with a Retina display.

The MacPro update to its high-end desktop system, may also be on its way to debut after months of ads and promos for the new hardware. The larger-screen iPhone, a combination phone and tablet (phablet), the iWatch and a smartTV would most likely be presented next year.

While company is enjoying consumer hype surrounding released new products, numerous users are reporting, the iPhone 5s is flashing a blue screen, also known as “blue screen of death” – a solid blue screen that appears when iOS reboots similar to Microsoft Windows’ software crashes. The Verge says the reboots are most associated with Apple’s iWorks apps and can be alleviated by disabling iWorks syncing with Apple’s iCloud service. Meanwhile, Crittercism, mobile application performance management site says that apps are crashing at twice the rate on the iPhone 5s compared to the iPhone 5c or the iPhone 5.

A video showing the problem has been viewed almost 800,000 times. In its look at hundreds of millions of app launches since the debut of the latest iPhones, Crittercism says that programs crash about two percent on the iPhone 5s, as compared to just under one percent on both the iPhone 5c and iPhone 5.

AllThingsD stated “The good news is that Apple is certainly aware of issues,” Levy said. “Theyve pushed out two iOS updates for iOS … Apple is doing a really good job of addressing these issues as they come up.”

The current consensus among 55 polled by CNN Money investment analysts is to buy stock in Apple Inc. This rating has held steady since October, when it was unchanged from a buy rating.

Companys shares have decline 7.4% on a year-to-date basis.