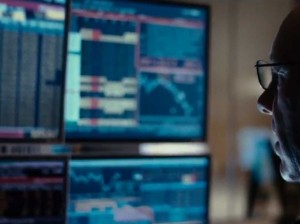 U.S. stocks climbed Friday, with Standard & Poors 500 reaching 20 days highest level, on investors optimism that lawmakers were making progress toward an agreement on raising the debt limit to avoid a default.

The moderate gains pointed out investors were increasingly optimistic that a deal would be agreed upon from Washington. On Friday, House Republicans and the Obama administration began a second day of negotiations over a plan that could extend the nations borrowing authority for six weeks.

“We are picking up smoke signals that there are constructive talks,” Jim Russell, who helps oversee $112 billion as a senior equity strategist for US Bank Wealth Management, said by phone to Bloomberg. “It doesn’t take much imagination to see that a framework is coming together for a temporary extension of the budget ceiling, and then negotiations to reopen the government as early as next week. We do think that things are moving forward.”

Johnson & Johnson added 1.9% to $89.45 leading the biggest gainers in the Dow Jones average. The seller of health-care products was raised to “neutral” from “sell” by Goldman Sachs.

Micron Technology plunged in heavy volume as the memory-chip makers fiscal fourth-quarter earnings and revenue, which were above expectations, were clouded by gains resulting from the acquisition of Japans Elpida Memory. Microns share price dropped 8.6% although company has nearly tripled this year.