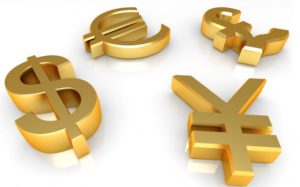 The euro was edging higher against the US dollar on Monday, as the partial government shutdown in the United States entered its second week and this put pressure on the greenback.

On Sunday Republican House Speaker John Boehner said that the House will not support bills in favor of a complete re-activation of the government or raise the US debt limit unless agreement on spending cuts with the Democrats was reached.

“On the 17th, we run out of our ability to borrow, and Congress is playing with fire,” Treasury Secretary Jacob Lew said on CNN’s “State of the Union” on Monday. “If they don’t extend the debt limit, we have a very, very short window of time before those scenarios start to be played out. If the United States government, for the first time in its history, chooses not to pay its bills on time, we will be in default”. However, Jacob Lew did not define a specific date, when the nation might plunge into default, but according to estimations by the US Treasury, the debt ceiling was expected to be reached no later than October 17th. On the other hand, the United States will have cash at the amount of 30 billion USD and it will be insufficient to meet expenditures that can reach as high as 60 billion USD in subsequent days.

In addition, the delayed economic reports on US unemployment rate and non-farm payrolls for September may deepen the uncertainty over Federal Reserve Banks decision regarding the monthly pace of its stimulus program. No new dates for the release of these indicators were set yet.

Meanwhile, later in the day, the Euro zone will release data on investor confidence and the final value of the quarterly Gross Domestic Product.