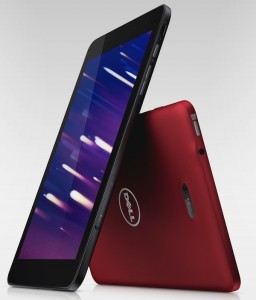 Dell took a big step in unveiling a new family of tablets and new laptops, including a two-in-one Ultrabook. The Dell Venue line of tablets is comprised of four new thin models designed to comply with everyday lifestyle.

On Wednesday, the company presented several 11-inch versions of the Venue Pro. It also introduced three new Ultrabooks bearing its XPS brand, including an 11.6-inch, 2-in-1 convertible, and a 15.6-inch model surprised with top graphics and quality display with a resolution of 3200 by 1800 pixels.

The new tablets also indicate that Dell is retaining its PC division. Michael Dell reassured customers that the company would retain its PC division after shareholders last month approved a deal in which the CEO and associate Silver Lake Partners would take the company private for $24.9 billion. It had been speculated that the poorly performing division might be cut off after the company goes private.

A billion people will be using a tablet by 2017 and it remains an important category for Dell, said Neil Hand, vice president at Dell. “We are dedicated to growing a tablet business in the company,” he added.

During a video to start the presentation, the company invoked its reputation as a PC innovator.

“Its a very exciting time for us at Dell,” said Sam Burd, vice president of personal computer group, during the event.

The current consensus among 17 polled investment analysts is to hold stock in Dell Inc. This rating has held steady since September, when it was unchanged from a hold rating. Share price has been up more than 50% so far this year.