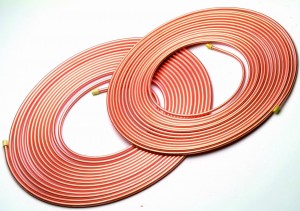 Copper swung between gains and losses but traded mostly lower on Friday on speculation that the Federal Reserve might decide to pare its bond purchases in the fourth quarter following Thursdays overall upbeat economic data.

On the Comex division of the New York Mercantile Exchange, copper futures for delivery in December rose by 0.05% to $3.309 a pound at 8:32 GMT. Prices held in range between days high and low of $3.314 and $3.292 per pound respectively. The industrial metal added 1% on Thursday and extended its weekly advance to 0.1% following Fridays minor gain.

Copper fluctuated after yesterdays U.S. data fueled speculations that the Federal Reserve might decide to trim its $85 billion bond buying program in the fourth quarter after surprisingly refraining from tapering at the FOMCs September meeting. The U.S. Department of Labor reported that the number of people who filed for initial jobless payments in the week ended September 21 hit a six-year low, supporting the outlook for tapering in the near future. The report showed that 305 000 claims were filed last week, confounding analysts’ expectations for a surge to 325 000 from last week’s upward revised 310 0000 claims filed. The five-week average, which irons out weekly volatility, fell to 308 000 claims from 315 000 in the preceding week.

A Labor Department official said that California and Nevada, which experienced difficulties in processing their claims in the past two weeks due to computer updates, have caught up with the recent backlog and all the data has been processed and is exact.

A separate report showed that year-on-year, the U.S. economy grew by 2.5% in the second quarter, matching its revised preliminary reading. This was a bigger expansion than in the first three months of the year and was considered by analysts as respectable growth given the increased taxes in January and reduced federal budget in March.

However, the National Association of Realtors said that U.S. Pending Home Sales fell by 1.6% in August, underperforming analysts’ projections for a 1% decrease and indicating that the recovery of the U.S. housing market, a strong demand factor for copper, is losing steam.

Data today may show that that both personal income and spending in the U.S. have increased in August with analysts expecting a 0.4% and 0.3% rise respectively. Meanwhile, the Thomson Reuters/University of Michigan Consumer Sentiment Indexs final reading might mark an improvement to 78.0 from initially estimated at 76.8 earlier in the month.

Xu Liping, an analyst at HNA Topwin Futures Co. in Shanghai, said for Bloomberg: “The improvement in the U.S. economy will surely trigger concerns over tapering after the Fed unexpectedly kept its stimulus unchanged.”