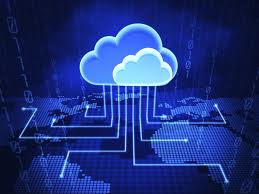 Microsoft Corp. is working on offering companies the ability to use Oracles database software, java programming tools and application connecting middle-wear. Customers demand is in the core of the alliance of the two rival companies.

“It’s about time, and we’re really glad to have the chance to work in this much newer and more constructive way with Oracle,” Ballmer CEO of Microsoft said to Bloomberg. “The partnership has an immediate benefit to customers of every size and shape” he added.

Both companies are challenged by serious competition in the presence of Google, Amazon and Salesforce. The companionship between the two giants would benefit both companies as Microsoft is looking for more revenue considering declining PC sales and Oracle is shifting focus on business software spread through online subscription.

Windows Azure’s main competitor is Amazon Web Services, both services let companies rent computing power, storage and database software via the Internet. That’s the fastest-growing part of the cloud market, according to Gartner Inc., which estimates sales in the market segment to jump by an average of 38% annually to $30.6 billion by 2017, from $6.17 billion last year.

Microsoft is aiming at reaching Amazon Web Services prices. The alliance with Oracle is supposed to be a big step towards that goal.

“This deal gives Microsoft clear competitive advantages against two of its top rivals,” James Staten, an analyst at Forrester Research, said in a blog post, cited by Bloomberg. It “gives Windows Azure near-equal position against Amazon Web Services in the cloud platform wars,” he added.

Microsoft CEO noted that making official the collaboration between both companies is of a great importance in the world of cloud computing. He explained that “In the world of cloud, you’ve got to do that kind of partnership actively, not passively.”

Microsoft and Oracle have collaborated before as Oracles database runs on Windows and vice versa – developers using Microsoft’s Web services can use Oracle’s software tools.