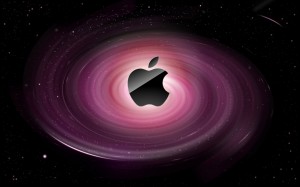 It seems that Apple has learned its lesson from Samsungs increasing progress on the smartphone market. The tech giant is expected to launch a bigger screen model of its top seller phone, but also a budget version of apple smartphone which is believed to be priced around $100. The moves are triggered by the raising competition between Apple, Google and Samsung. Both of Apple competitors are presenting lower priced less powerful model copies of their high end top sellers targeting different customers preferences with larger variety of services.

The iPhone 5 launched last years fall is the first one to escape the screen size standard of previous models and yet offering the smallest screen size comparing to competitors top smartphones. Adding to that greater price and similar mobile chip-set productivity it could be easily noticed why Apple is loosing competitiveness on the market and why sales are struggling this year for the company.

The tech giant is working to level up with those industry trends as next month is supposed to be launched the trials for 4.7 inch and 5.7 inch models. Furthermore company is going to present a the lower priced models in multiple colors.

“Trial production was originally planned to start in June, but the mixing of colors is taking longer than expected as Apple has very high and idealistic standards,” said one source in Asia cited by Reuters.