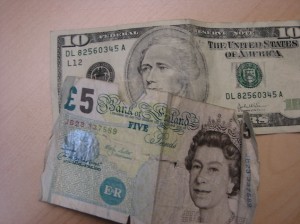 On Wednesday US dollar showed retreat against its major peers, while British pound recorded a session high against the greenback.

One major reason for US dollar weakness were the regained positions of Japanese yen, due to investors demand for safe haven, as Japanese shares were amid highly volatile trade yesterday. US dollar, subsequently, started losing positions against other major currencies.

Meanwhile, The Organization for Economic Cooperation and Development reduced its growth forecast for global economy to 3.1% this year, from 3.4% six months ago. The OECD encouraged European Central Bank (ECB) to embark on a more aggressive easing program in order to help economic growth in the single currency zone.

Earlier today a report from UK showed that The Confederation of British Industry Distributive Trades indicator registered a sharp drop to -11 during May, deteriorating in comparison with the previous reading in April, -1.