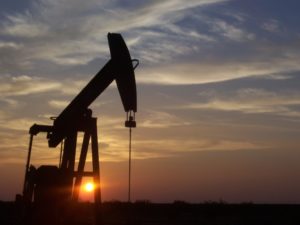 Oil prices fell for a fifth straight day amid U.A.E. forecast for a “relatively weak” global demand. WTI futures closed the week ending on May 24 with a 2% weekly drop. WTI for July delivery dropped 92 cents to $93.23 a barrel on the New York Mercantile Exchange in Asian trading.

OPEC, which accounts for 40% of the global oil output, is scheduled to meet Friday in Vienna and discuss its main topic – increased U.S. oil production. The U.S. are producing at a record pace since decades, which is helping them lower their dependence on foreign crude.

Ric Spooner, a chief market analyst at CMC Markets in Sydney, said for Bloomberg: “There’s always the possibility that statements from OPEC ministers leading into the meeting will have a minor and temporary impact on the market. We’re close to the $100-a-barrel level that Saudi Arabia has said is a reasonable price for oil. There’s unlikely to be any change to OPEC output.”

According to Saudi Arabias oil minister, Ali Al-Naimi, crude at $100 a barrel is a reasonable price, which wontt curb economic growth. The country is the biggest oil producer in OPEC and it may need to persuade other members to reduce output, so that prices keep above $100 through the rest of the year.

Brent for June delivery also fell today, dropping 0,10% to $102.54 a barrel amid worries about the global economic growth and sufficient supply. Last weeks contraction of Chinese factory activity and an increase in U.S. gasoline inventories has been pushing prices down with analysts saying they can fall further.

Chen-Hoay Lee, an investment analyst at Phillip Futures in Singapore said: “Oil demand from China could be depressed as Chinas PMI contracted for the first time in seven months and we are unlikely to see any aggressive stimulus from policymakers in the short-term. We continue to be bearish, with Brent likely to find support at the 100 level.”

Expectations suggest the driving season in the U.S., which began yesterday, will support oil prices and will dry up some of the U.S. gasoline inventories, which are near their highest level for this time of the year since 1999. Tetsu Emori, a commodity fund manager with Astmax Investments in Tokyo, said: “The demand season has started in the U.S. and I think we can say oil prices may have bottomed out.”